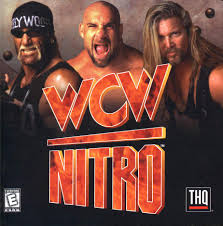 Since 1980, professional wrestling has been a staple in the American vernacular with the creation of the WWF, or the World Wrestling Federation. Prior to that, there were regional wrestling companies like NWA (National Wrestling Alliance); they were all over the country. There was the WCCW (World Class Championship Wrestling) based out of Dallas, featuring the famous wrestling family the Von Erich’s, and the most famous of all regionals, WCW (World Championship Wrestling), which was based out of Atlanta, Georgia, that was financed by TBS mogul, Ted Turner. In the future, wrestling would be shaped by the “Monday Night Wars” between WCW and the WWF. This created a new genre of wrestling, the so called “Attitude Era,” where sex, innuendo, and excess were touted. The same old story was told in both companies.

Ok, so you want to know the ONE, big question?

I mean, everyone knows, it’s fake, scripted, choreographed, and that it is NOT REAL. So why watch it? Women have their “reality shows”, so why can’t men?

Each week, men love to watch that soap opera known among the brethren as Monday Night Raw. The classic case of “good vs. evil,” or that truth and honesty overcome all the odds. With names like John Cena, Daniel Bryan, and newcomer Roman Reigns, the WWE has several men to carry that torch. They are called “baby faces,” or good guys. Generally, the crowd cheers for the good guys and boo the “bad guys.”

The “heels,” or bad guys, are plentiful in the WWE.  Seth Rollins, Big Show, Kane, Rusev, Triple H and Stephanie McMahon are the top “heels” in WWE. Seth Rollins is a hated man among the WWE Universe; he is the poster boy for bad guy. He “wins” matches by cheating, or by having his henchmen cheat for him by causing distractions and/or interfering. Of course the referee, ever oblivious, always misses the cheating. The “face” would never stoop down to cheating to win, so he plays by the rules, while the “heel” defies every rule in the book.

The way a match is “booked” determines who will win that particular match. Usually, the “heels” win during regular “free tv” events, and the “faces” win during PPV events. This is booked so that the viewer will want to see the “heel” get his/her comeuppance. Pay Per Views were, and still are, very expensive to purchase; most are around $40-60 depending on the event. What the WWE has done is genius. They have created the WWE Network for your mobile device. For only $9.99, the consumer can see any wrestling programming from WWE/WCE/WWF for that same flat rate. The clincher is, that ALL PPVs are included in this flat rate. So, whether you watch Hell In A Cell, or the Grandaddy of ’em all, Wrestlemania, it costs you nothing. If you were to purchase each PPV individually, and you bought 5 different PPVs, you would spend around $300. By purchasing the WWE Network for your mobile device, you will be out $120 for the entire YEAR’S worth of programming, AND all the PPVs.

Merchandise sales are another way to generate monies. In every sold out arena across the USA, you will see John Cena, Daniel Bryan, Sting, Roman Reigns and other stars’ t-shirts being worn. They are sold by the TON at WWE Live events.  If the average attendance at a live show is 15,000 people, at least half will want a t-shirt for themselves or for their kids in attendance. Most t-shirts fall in the $22-26 dollar range. So let’s try some math. If I sell 6,000 t-shirts, that’s $144,000 for ONE NIGHT’s work. I haven’t even started on the other items for sale: replica championship belts, caps, towels, commemorative cups, concessions…the WWE is a money-making machine.

Some of the more popular wrestler’s salaries are:

The Divas’ salaries include:

Wrestling achieved its popularity in thanks to the Monday Night Wars between Ted Turner’s WCW and Vince McMahon’s WWF, as it was called back then.

Things were looking bleak for WWF in the mid-1990s. In 1996, Nitro began to draw better ratings than Raw based on the strength of the nWo storyline, an anarchist wrestling stable that wanted to take over WCW. Nitro continued to beat Raw for 84 consecutive weeks, forcing Vince McMahon to change the way he did business.

Thus, the “Attitude Era” was born. Filled with cursing, sex, innuendo and flat-out brutality, this is what finally turned the tide on WCW. WWF/E began beating WCW weekly, and attendance started slipping at some of the live events. Eventually, Ted Turner decided he did not want to invest any more money into a sinking ship.

And then there was one.

In 2002, a lawsuit initiated by the World Wildlife Fund over the trademark of WWF was settled in favor of the Wildlife Fund over the misuse of a previously agreed upon usage for the trademark. World Wrestling Federation was forced to rename/rebrand itself, and in May 2002, the company changed its business name to World Wrestling Entertainment Inc.

Their only “competition” at this date is TNA wrestling, which is small. In fact, small enough that the WWE does not even acknowledge their existence.

Why do men watch professional wrestling? Is it for the scantily clad Divas? Is it for the excitement? Or is it simply because it’s brainless entertainment? Watch it next Monday night for an hour before tuning into @TweetTheScoop Radio, and then tell me what you think.

Ronnie Garcia is the Voice of Reason at The Scoop. He is also an avid guitarist, educator, and all around smarmy guy. You can follow him on twitter @TheRonMann.

The Summer of Mail

True Detective is The Beatles vs. The Stones

The Dark and Dangerous Descent of Actors

Edie Falco Hangs up the Scrubs